Things To Keep In Mind With A Shortened MLB Season 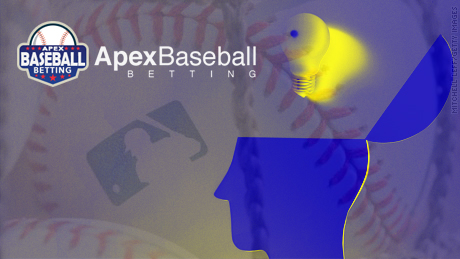 As excited as we all are for the start of the 2020 Major League Baseball season, it’s important to keep in mind that this won’t be like every other season. With a 60-game season, things will be different. Some things we’ll be able to predict while other things we won’t see coming. To stay as prepared as possible, here are a few things we should keep in mind as we prepare for a shortened MLB season.

That means the best teams figure to finish around 37-23, putting them 14 games over .500. Getting anywhere close to 35 wins should put most teams in a good position to make the playoffs. So keep that in mind as we go along.

If you don’t already know, there will be a trade deadline during the 2020 season. Rather than July 31, it will be pushed back to Aug. 31. That’s an important date to remember for those betting on the MLB. That allows teams just over five weeks to decide if they want to be buyers or sellers.

Of course, don’t be surprised if things are a little quiet at the deadline of this shortened MLB season. With a shorter season, more teams will be inclined to think that they can contend. That will reduce the number of teams that consider themselves sellers. This will mean that fewer players will be available.

Moreover, with so many potential buyers, the competition to add impact players could cause prices to sky-rocket. Plus, given the uncertainty of the pandemic, teams won’t be eager to add salary or part with young players.

With just 60 games to be played, teams at the top of a division won’t have as much of a chance to pull away. It also means that more teams will be in the playoff race coming down the stretch for this shortened MLB season.

If we rewind the clock to June 4, 2019, at which point most teams had played around 60 games, there were six teams in the American League within 2.5 games of one another for the second Wild Card spot. When you add in the division leaders and the top Wild Card team, that’s 10 of 15 teams in close range of a playoff spot.

Also, Texas would have been the second Wild Card despite ending up 78-84 when all was said and done.

In the National League, there were only three teams that were more than five games back in both their division and the Wild Card race on June 4. Shockingly, one of those teams was the Washington Nationals, who ended up winning the World Series.

The moral of the story is that postseason races for the 2020 MLB World Series will be close, and getting off to a fast start will be of the utmost importance.

For what it’s worth, nobody is sure what teams will benefit from a 60-game season the most. However, the growing belief is that it will favor teams with the best bullpens, especially deep bullpens.

With a three-week summer camp, most starters won’t be stretched out the first month of the season. That will put more pressure on bullpens, and the more quality arms a team has in the bullpen, the better their chances on any given day.

Based on ERA, the Rays, Astros, and Indians had the best bullpens in baseball last year. Of course, given some offseason moves and how fickle relief pitching can be from year to year, things could change.

Nevertheless, if you can identify the teams with the best bullpens, you’ll have a good chance of identifying the teams that will be in the playoff hunt in September.