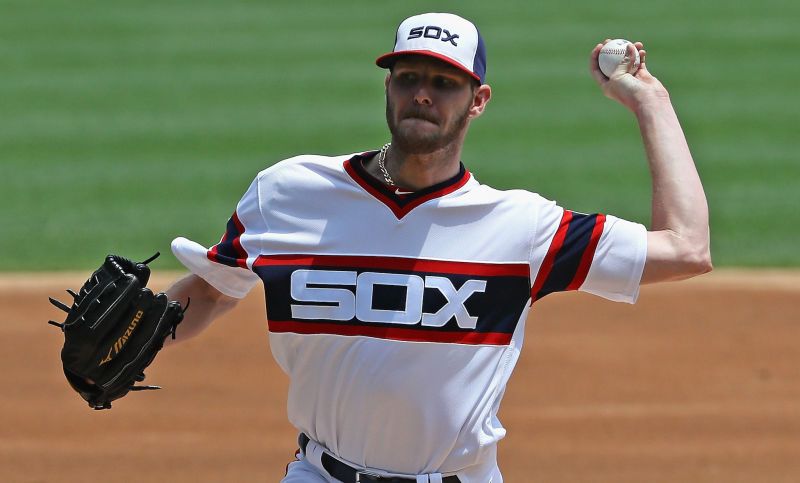 Sales’ scissors cut through all of the underlying tension and brought the dysfunction of the White Sox to the surface.  Good Morning and we hope you all had profitable weekends from your friends at APEX Baseball Betting.  Many teams appear to have high hopes for the playoff push in 2016.  However, how do we really gauge the mood in the lockerroom.  Well Chris Sale left little doubt about this issue from the events that surrounded him and his team last weekend.

Here we have a situation that had been on the slow boil since the start of the year.  This situation appears to be similar to our coverage of the Angels locker room problems of last year.  At the start of this year, Adam LaRouche was approached by the front office to have his son be in the dugout less this year.  It was their contention that they were serious about a playoff push and wanted less distractions.  Well, Adam did not react well because of this and choose family over the team.  He promptly retired.  This lead to Chris Sale calling out management and saying that the team was lied to by them.  As the season progressed, this issue became out of sight out of mind for most.  However, Chris Sale continued to gnaw at it despite his stellar 14-3 mark.

So now the White Sox were hosting the Tigers and the team wanted to wear throwback uniforms.  Quick way for an easy buck but these were those awful shirts from the 70’s with the dress shirt color that was meant to be worn on the outside.  Restrictive and odd to pitch in if one is not used to it.  Chris said he did not want to play in it as it would decrease his effectiveness to win.  Team said too bad it is a promotion.  This is where the old story about LaRouche and winning this season came up again.  Sale took the unique action of taking scissors to the uniforms and destroying them.  Hence, no one would have to wear them.

Bottom line is that he is now suspended for five games.  This the team could overcome.  However, the relations between the entire team and the front office are at a low.  The result will be an earlier than usual phoning it in from the players once they determine the season is effectively done.  Starting in the next few weeks, the White Sox will go into check cashing mode.  Fade them for profit starting the first few days of August.  Good fortune and we will see you next time here at APEX Baseball.