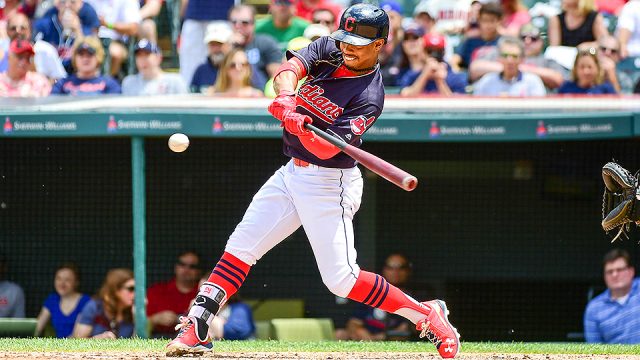 Baseball bettors love to bet PARLAYS, and why not? There are a lot of games that go off on a daily basis, and there are a lot of different prices on teams. Baseball parlays involve two or more elements, which could be teams or totals. The important thing to remember is that all of the components of the parlay must win for the parlay itself to win. And parlays don’t come with a “standard” price; rather, all of the individual components are calculated to get the parlay price, and the payouts are based on odds equivalent to a dollar.

So if you were to parlay three teams, with two of them priced at -120 and the other at +140, you would be calculating the payout in this parlay by multiplying the odds equivalent to a dollar for each of the three components like so:

This would represent the multiple you would use, times your wager, to figure the total payout on this particular parlay. That is the same way they do it at America’s Bookie.

Some PROPS are also popular in baseball betting. What they do is consider the outcome of events occurring during a game other than the winner/loser or the total. It is not at all uncommon to wager on individual team totals, for example. And there are a lot of other standard team or game props on any given night.

These are pretty consistent, in that they can be posted for any game, and the prices are not going to vary all that much. But you can also bet on player props, in which you would use your judgment to determine things that are relevant to an individual player’s performance in a game. For example, how many strikeouts is the starting pitcher on either team going to chalk up? Will a notable slugger hit a home run? There are so many possibilities that it is endless.

Another set of propositions you can bet at America’s Bookie that present an interesting part of the baseball betting landscape are FUTURES, because they change constantly throughout the season, and there are a lot of games to be played. So it’s like having a long horse race played out in front of you, rather slowly.

Commonly, you will be able to place wagers on which team will win the World Series, the American League or National League pennants, and, of course, the individual divisions in each league. There may also be prices posted on any number of prospective World Series matchups.

Prior to the season, a popular proposition involves the over/under on wins. There are numbers placed on every team, with a price attached. Here is a generic example:

The odds can change during the off-season, due to developments in the “Hot Stove League,” as far as trades or free agent signings are concerned.

You might also be able to wager on who will win the individual awards, such as the Most Valuable Player, the Cy Young award, or the Rookie of the Year award. These numbers, like all the other futures, could change throughout the season.

Futures will pay off at the end of the season, or whenever the particular event is concluded.