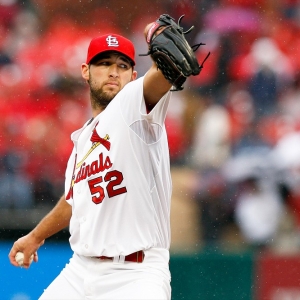 Key number to crunch for MLB Wagering based on starting pitching is given here.  Good morning and great to see you again here at APEX Baseball.  Playoff stretches are coming in September sees some teams quit early.  Franchises like Arizona have been such a disappointment this year, that they are going youth with thin minor league talent.  For those that are still giving their all, momentum for starting pitching is the key to baseball profit for the rest of August.  Let us see how to peg this right now here at APEX Baseball.

For those starters that are not recent call ups, the last three starts is a key stat to compare.  Verses an overall season, it gives illumination to which ones are getting their second wind or gasping for air.  Let us look at the afternoon game on August 15th to examine this.  Drew Pomeranz (Boston) at Josh Tomlin of Cleveland both have over 100 innings.  Now Pomeranz is more of a fill in for innings while Tomlin is considered more valuable for the Tribe.  Let us look at market price and momentum for these two teams still in the playoff race.

Market is a tossup with Cleveland (67-48) at -107 with home field.  Much of this has to due with Tomlin struggling as of late.

Translation is that he is getting hit hard, often, and can not work himself out of these jams.  Even with 13k’s in the three games, he lacks the punch verses this Boston team.  That is why Pomeranz who has a 3.03 season ERA and is also struggling as of late is almost even money here.  His control is an issue giving up nine walks in his last three but has not damaged him greatly off of his normal production.  ERA of 4.32 in last three equates to him getting out of a lot of self made jams.

This is why a game between two potential playoff teams is hovering around nine.  Boston on the road in the face of a potential exploding starter this afternoon should be your play.  Good fortune in using this line of thinking to appraise most games with established starters mid season.  We will see you next time here at APEX Baseball.