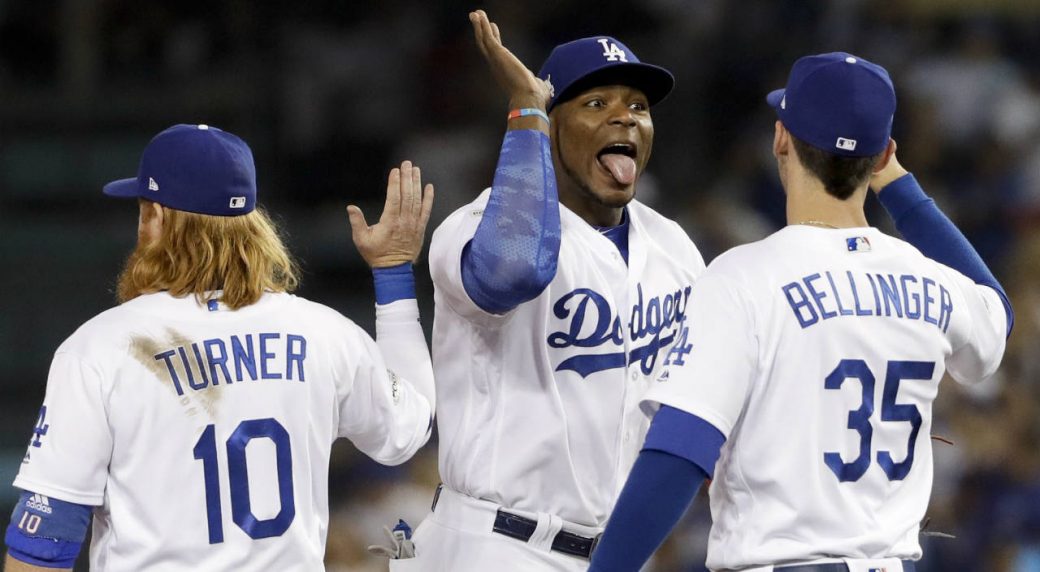 Greinke is gone and now the Dodgers have to deal with two domestic abuse allegations.  One threatens to derail the trade for Aroldis Chapman.  The second one is more home grown as it deals with Puig.  So much talent but he proved to be more than a handful for Mattingly.  Now that this social taboo has come to light, can LA afford to keep him or should he be sent packing?

When high profile players will not go to bat for you and actively seek your dismissal then something is more than awry.

Adrian Gonzalez thinks that Puig just needs to mature some.  A player who will not go on record says that he is the worst individual he has known at the MLB level bar none.  Catchers usually have leadership roles and AJ Elias thinks there is some hope at salvaging the situation.

Late to games and showing up overweight to spring training did not help his off the field behavior.  Fights in Miami bars, pushing his sister, and the allegations grow from there.  With domestic violence being a hot topic in the professional ranks, MLB might be proactive with this issue and suspend Puig.  In part II of this story, we will examine if the Dodgers will be better or worse off without the services of Puig in 2016.  We will see you next time here at APEX Baseball Betting.