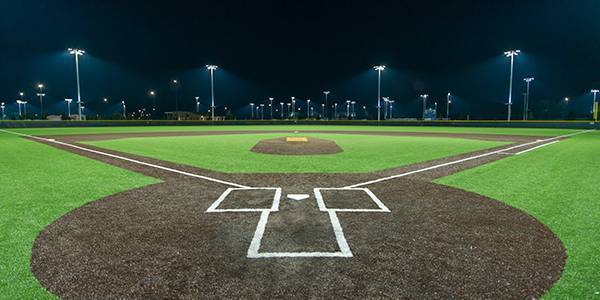 Betting on baseball totals is very popular and very prevalent. And it is part of the basic prop. And in fact you will see this posted next to the regular game proposition itself.

Naturally, a “total” takes the total number of runs the two teams scored together in a game in place a price on it, expressing it in terms of “over” or “under.”

At America’s Bookie, it would look something like this:

So what does this mean?

Well, you would be risking $1.20 to win one dollar on the “over” wager, and your game would have to total eight runs or more. If you are looking for the “under,” you’d have to see seven runs or fewer scored, and that even money, you would risk one dollar to win one dollar. Of course, when we talk about a “when” we are referring to a profit.

Sometimes the total will be expressed as a solid number; in other words, it might be exactly eight runs, with an over or under price posted. If the game fell exactly on eight runs, that proposition would be a “push,” or tie. Remember another thing – unless you are allowed to specify otherwise, extra innings count in totals bets.

There are a lot of things that can have an effect on totals. The starting pitchers in the game are obviously going to be a major factor, and bettors want to be very specific in terms of who is starting a game, so it is unlikely that a change in pictures would not affect their outlook on the game. And while we are at it, we should expand a little more on this situation. Pitching changes;  that is, changes that one team or the other may make in their pitcher, would necessitate a different line on the side AND the total, obviously, because an adjustment in the price would be almost mandatory. Just so you are familiar with this term, some refer to the substitute pitcher is the “off” pitcher. Remember that lefty-righty matchups mean something, especially as some teams do better against one or the other. And so when a team changes its starting pitcher, using a southpaw instead of a right-hander, that will almost always not only make a difference in the line itself, but might change the handicapping dynamic entirely when it comes to the total.

As you can imagine, the ballpark may also have quite an effect. Some of them have dimensions that facilitate more runs being scored than at other parks. Maybe it’s just the dimensions, the weather or wind conditions, or both. A couple of obvious examples are Wrigley Field in Chicago, which is notorious for its wind currents and reachable fences, and Coors Field in Denver, where the air is very thin. These days, the statistics that are available about ballparks in tendencies are more sophisticated than they used to be, and it has turned out to be a good thing for both the bettor and the oddsmaker.

When movements are made in totals, they can be made in a couple of different ways. Obviously you have the total number of runs, and that can be moved, so that if the number was 7.5, they could be moved down to seven or up to eight. Or, the price on 7.5 runs could change, from -120 on the over up to -130, for example.