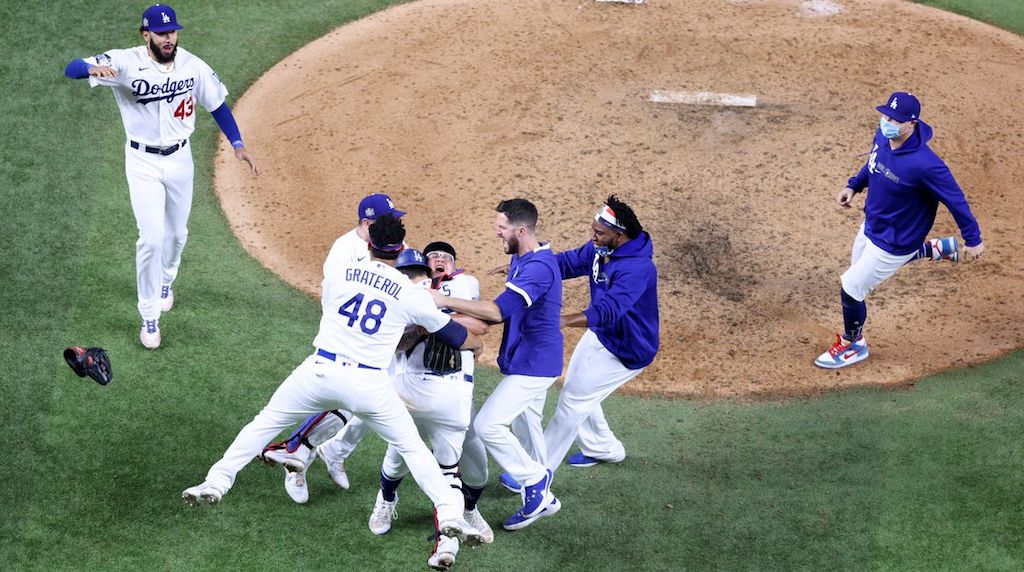 The champagne is still dripping from the walls of the Dodgers’ locker room after a 32-year World Series drought. Instead of allowing the moment to pass slowly, the odds for the 2021 World Series had already been posted. It’s never too early to start our 2021 MLB season handicapping.

The 60-game sprint and 16-team playoffs came to an end with the Dodgers’ victory over the Rays. As it has dominated everything from politics, the economy and sports, COVID-19 had one last impact on the World Series. Controversy surrounded Dodgers infielder Justin Turner after his positive test for the virus was revealed.

THE HOW TO GUIDE: BETTING ON SPORTS

It would be nice to put the 2020 sports landscape behind us and look forward to 2021. As if operating in my own writing bubble, I’ll peek into the future. What will 2021 look like for Major League Baseball, and who will be celebrating next October?

The Dodgers’ World Series win capped their eighth consecutive season atop the National League West division. For anyone betting the 2020 MLB playoffs, they know it was a tough one to handicap. It was their third appearance in the Fall Classic in the past four seasons. There is no reason to think they can’t win the division for the ninth year in a row.

They have Mookie Betts signed to a long-term deal, and their pitching staff is young and deep. Okay, Clayton Kershaw is not young, but the World Series monkey is finally off his back. The now reigning World Series champions are early favorites at +400 or 4:1 odds to repeat. Will they be key to our 2021 MLB season handicapping?

The team that almost stopped the Dodgers from getting to the World Series will be back to challenge in 2021. The Atlanta Braves will return one of the youngest, deepest and best pitching staffs. They’ve captured the NL East crown in each of the last three seasons.

Can the Braves Pitchers Stay Healthy?

The Braves have odds of +1000 or 10:1 to do what the Dodgers just finished accomplishing at the top baseball sportsbooks. They don’t have a strong challenger in their division, so a return to the playoffs appears likely. Don’t be surprised to see a rematch of this year’s NLCS in 2021.

As always, the New York Yankees are a team that is mentioned as a contender. They took Tampa Bay to five games before losing in the ALDS.

The Yankees have some potential departures in free agency, but the core of their roster will be back for 2021. The Bronx Bombers are just behind the Dodgers with odds of +525 to win it all in 2021 when betting the World Series.

Finally, there are the Tampa Bay Rays, who gave the Dodgers all they could handle in the World Series. With a fairly young roster sprinkled with some veterans, the Rays won’t see much loss to free agency. They will be at the top of a lot of 2021 MLB season handicapping lists. A lot of experts expect the Rays to contend for several years.

They’re in the tough AL East with the Yankees and a Boston team that is sure to rebuild quickly. However, the Red Sox probably won’t be ready for prime time until at least the 2022 season. For now, though, the Rays are just behind the Braves with odds of +1200.