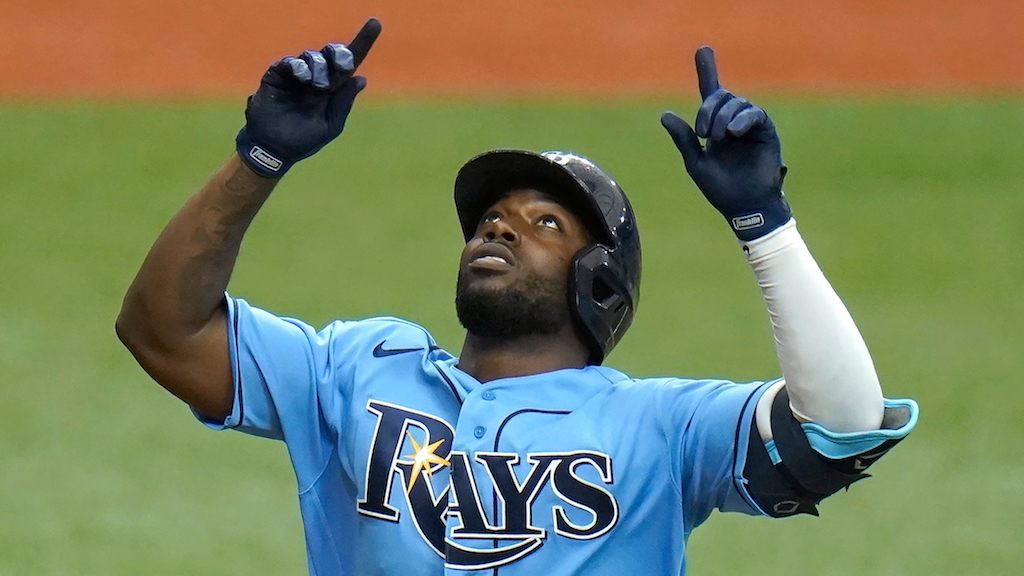 While Major League Baseball is still figuring out the season schedule, we’re just a few short weeks away from spring training. The plan is to play the full 162 games, though there have been discussions of a shorter season, especially if COVID-19 forces cancellations. Now is the time to look at 2021 MLB futures.

As the MLB offseason heats up following the Nolan Arenado trade and Trevor Bauer signing with the Dodgers, it’s time to take a look at the updated MVP odds. Here, we’ll be covering a few of the favorites in each league you should consider to win the 2021 MVP awards.

When talking about 2021 MLB MVP odds, it should come as no surprise that Mike Trout once again tops the list of AL MVP candidates. Trout has finished in the top five of AL MVP voting every year since 2012, winning three times and finishing as the runner-up four times.

He’s the best all-around player in the game right now, but in a division with the Astros and Athletics, will Trout put up good enough numbers to win on a likely third-place team in the AL West?

While the White Sox are the favorites to win the AL Central, it could be tough for any of those three players to stand out enough from the others to merit winning the award. Though they did exactly that when Abreu won in a shortened 2020 season.

The Tampa Bay Rays, who advanced to the World Series in 2020, don’t have a player check in on the odds list until Randy Arozarena at +5000. While another World Series run is unlikely, keep an eye on what Arozarena does after a historic 2020 playoffs where he set the MLB record of 10 home runs in a single postseason.

Unlike the American League, where Trout is so far ahead of the others, the NL MVP race is much closer. Defending MVP Freddie Freeman is tied for the sixth-best odds, and Corey Seager, who won the World Series MVP, is tied for the 10th-best odds. All that should give some indication of how hotly contested the race should be in the 2021 MLB season.

Mookie Betts finished as the runner-up to Freeman a year ago. Leading a stacked Los Angeles Dodgers team, it could be difficult for Betts, or any other Dodgers player, to stand out enough to win the award.

But Betts puts up both the offensive and defensive numbers to merit winning, as he won the AL MVP in 2018 while playing for the Boston Red Sox.

Nolan Arenado is now a St. Louis Cardinal following the blockbuster trade the Rockies and Cardinals have been attempting to work for years. Arenado has finished in the top 10 of MVP voting all but once since 2015, but he hasn’t been considered favorably given Colorado’s struggles as a team.

If Arenado can lead the Cardinals to the playoffs, especially to a division title, his name will likely jump to the top of the list of 2021 MLB MVP odds.