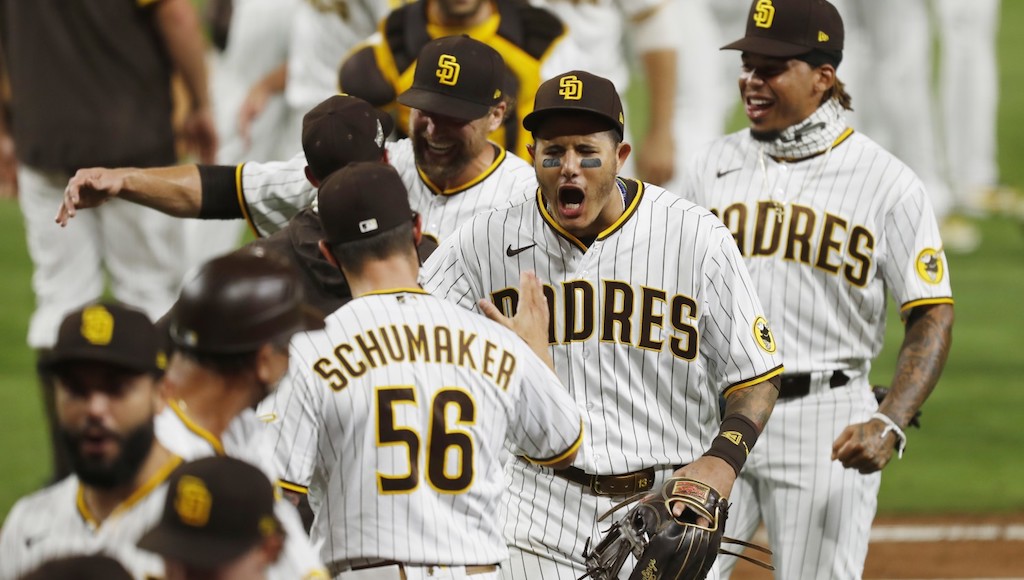 The NFL Playoffs are here, so it’s time to start your research for your 2021 MLB futures.

Barely two months ago, the Los Angeles Dodgers finished off the Tampa Bay Rays to win the World Series. Since then, teams have been making moves they hope will position them to challenge the champions in 2021.

The 2021 season is scheduled to begin on April 1, with training camps opening in February. Those dates, as with almost everything else during this pandemic, are still in question. A later start with a shortened season is not just possible, but likely, given current mandated protocols.

The Dodgers, with the exception of Justin Turner’s free agency, will look a lot like they did in 2020. That’s not good news for the rest of the National League, but the two teams chasing them haven’t stood still.

San Diego and Atlanta, both eliminated in the playoffs by the Dodgers last year, have been very busy. The Padres have added several players, including pitcher Yu Darvish, acquired via trade from the Cubs.

Baseball Betting 101: Explaining MLB Run Lines & How to Bet Them

Shoring up a young and oft-injured pitching staff, the Braves have been busy filling up the stable of starters.

In the American League, despite a World Series appearance, the Rays haven’t stood still. They’ve been very active in the trade department, adding starters, role players and prospects in the process. For anyone looking to place some 2021 MLB futures bets, the Rays are always an intriguing prospect.

Interestingly, one of those trades sent pitcher Blake Snell to San Diego for four players. Could that come back to haunt them in a potential World Series meeting? Obviously, it’s way too early to tell, but it’s something to think about.

There are still plenty of offseason moves to be made, but the Dodgers’ favorite status isn’t likely to change. In futures betting, Los Angeles is at +450 odds to repeat as World Series champion.

There isn’t much doubt that the Dodgers have the team to do it, given their recent National League dominance.

Next in line are the New York Yankees at +550, who lost a tough division series to the Rays. The 2-1 defeat in the deciding Game 5 most assuredly stuck with the Yankees throughout the offseason. Even without making any significant moves, they can easily contend in 2021.

The Padres, with all of their personnel activity, will be a worthy contender in the National League. They were swept by the Dodgers in the division series and are looking to advance further in 2021.

At odds of +900, this is a team that is worthy of serious consideration from those betting on the MLB for the coming season.

It took three wins in a row for the Dodgers to eliminate the Braves in the NLCS. A 4-3 Game 7 loss sent Atlanta packing but hopeful for a return this season and for 2021 MLB futures bettors. With a stellar pitching staff, it’s hard not to bet on the Braves at +1000 odds to win it all.

Rounding out the top five in the futures odds are the Chicago White Sox at +1000. They bowed out against the Athletics in the Wild Card series, losing in three games after winning the opener. After making some significant moves, they should be able to challenge the Yankees for American League supremacy.